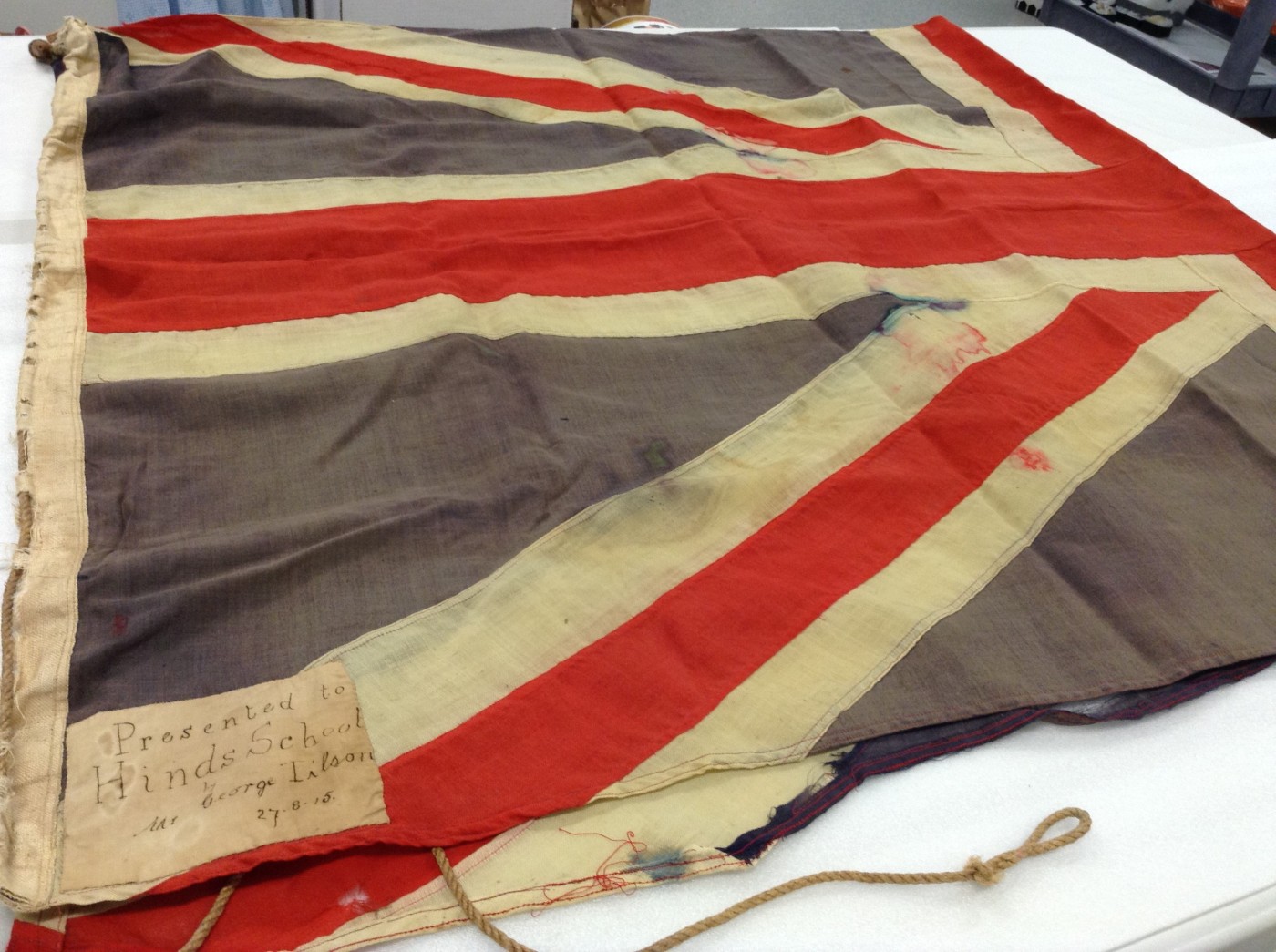 Making sure objects are well looked after is something that the team at Ashburton Museum takes pride in, especially as the rich history of the district means that we have many thousands of objects that we look after and preserve.

When visitors come in and ask to do family research you never quite know what you might find hidden away in our collection, just like around March last year, when members of the Greenlees family came in to learn about their Tilson relatives.

After a quick search through our records we were able to locate and bring out a World War One Union Jack flag for our Greenslees family visitors. The flag had belonged to Ashburton local, George Tilson, whose four sons had served in Gallipoli, and had been donated to Hinds School in 1915.

Word of mouth stated that the flag itself had flown at Gallipoli, making this a very special and nationally significant flag that we take care of in our collection. 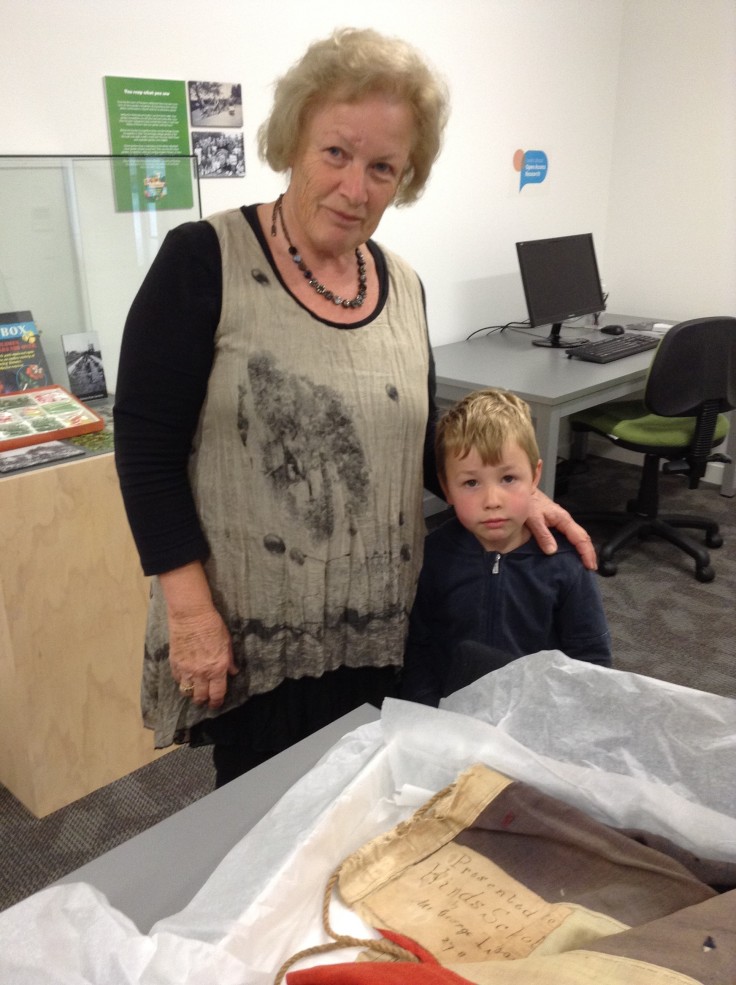 What we found when taking the flag out, is that the box the flag had been living in was not the best one for it. When opening the flag, creases could be seen and the labelling of the object was not the best that it could be. From this inspection, our collections registrar, Apryl, and I decided to give the flag a new and improved home, so that in another hundred years the flag will still be in a good condition. 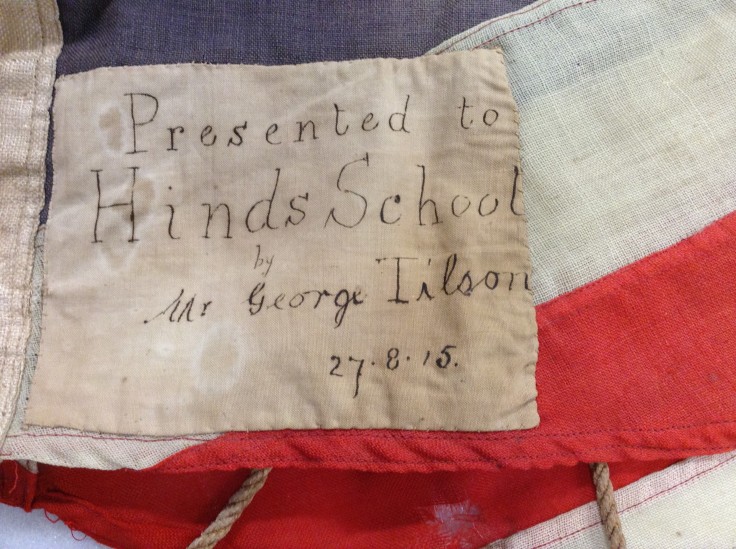 The first step of this process was to get a box that would better fit this large flag. Once we had this, we then started to fold the flag carefully. We put pieces of folded acid free tissue paper where the flag folded to create a cylinder like shape, called a bolster, which acts like a rounded barrier, so that no creases will be created.

As we were folding we continued to do this where the flag folded. We also put tissue in between the layers where the flag was folded, so that the fabric of the flag did not touch itself. 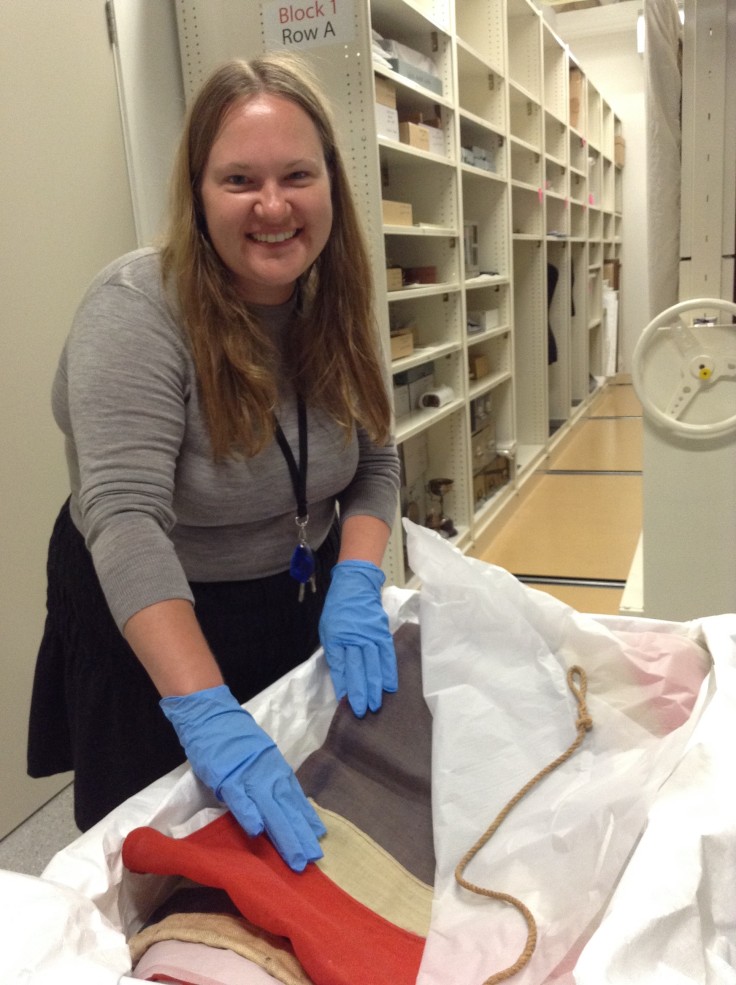 We then placed the flag in its box, wrote its collection number on the front and put the flag back in its old home, in a fresh new box. Now the flag is ready to live on, being well protected for future relatives to come and see it in all its glory.