We are no strangers to uneventful days, and it is painful to imagine how much more boring these kinds of days were a hundred years ago. Old issues of the Ashburton Guardian contain a lot of what you would expect – local developments, war updates, and pages upon pages of agriculture-centric advertising.

However, it seems that there was, at times, very little to report on in Ashburton. This resulted in the publication of the strangest things in the Guardian’s local and general news columns.

Jokes and funny anecdotes were common in the Guardian for many years, but some pieces of writing crossed the line into abstract, almost ironically funny territory. Some of the weirdest, seemingly most pointless, pieces of writing can be found in these columns, many of which bring one question to mind – why on earth was this published in the newspaper?

The Guardian of April 24 1888 contains some true gems. Right at the very top of the “Local and General” column, where some of the most important information to the community would usually be printed, we have: “F. Marion Crawford, the novelist, is six feet two inches in height.” Maybe this was explicitly printed at the top of this column as a joke – possibly an inside joke – or perhaps the Guardian earnestly thought this was essential information for its readers?

Most likely, the people of yesteryear simply enjoyed reading the most trivial of facts about things such as their favourite authors, just like how posts and articles on social media intrigue us today. Either way, this is far from being the oddest thing the Guardian has published around this time.

According to the June 15 issue from the same year, “Some men and women in Sydney have been committed for trial for fortune telling.” According to the Vagrancy Act 1824, anybody caught professing to tell fortunes would be “deemed a rogue and a vagabond”, and faced criminal trial. They were obviously not very good fortune tellers, since they failed to predict getting arrested.

One fine piece of publishing trumps both of these, coming from the same issue. An excerpt from “Scientific News” describes a Chinese method for extracting anaesthetic from a frog, whereby the frog is placed in a jar of flour and irritated “by prodding it.”

The frog then secretes a liquid that mixes with the flour, and somebody found that if you dissolve this paste in water, it can be used as an anaesthetic. We may never know the process of trial-and-error that came to this scientific breakthrough, but it’s worth noting that “numbness of the lips and tongue was produced by applying the liquid to them.” Toothache? Just reach for your nearest frog. 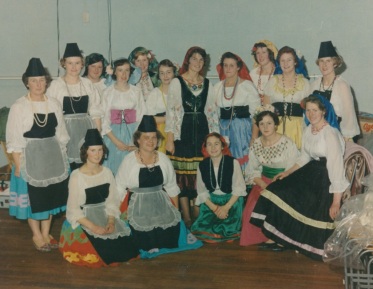 Less strange were some of the jokes told throughout the Ashburton Guardian, of which there was usually one or a couple per issue. While representative of Victorian sensibilities, some of these jokes were at the expense of minority or ethnic groups. These kinds of jokes show how public attitudes have changed (you would hope) in regards to what is funny and what can be published.

An example of a joke at the expense of the Irish, from the April 24 1888 issue, went as follows:

Policeman: “Come along now quietly, or it will be worse for you.” O’Toole” “Oi’ll not; The magistrate told me the last time niver to be brought befoor him again, and begorra I’m goin’ to obey his instructions!”

Compared to how other minority groups were treated at the time – and sadly, how they still often are – this Irish joke may be as tame as it gets.

Perhaps my favourite joke from the Guardian comes from the same issue:

Brown (to Robinson, who is reading a telegram with a look of anguish on his face), “What’s the matter, old fellow? Somebody dead?” Robinson (crushing telegram with both hands): “No; somebody alive! Twins!”

And finally, just when it seems like the Guardian of the 1880s was developing a sense of humour, a joke from September 26 of the same year shatters all possibility:

“Stockings? Yes ma’am. What number do you wear?” Customer- “What number? Why, two, of course. Do you take me for a centipede?”

1 Francis Marion Crawford, according to the Guardian, this man was apparently 6’2. Good to know.

2 Fortune telling was a crime under the Vagrancy Act 1824. These gypsies however, were probably quite innocent, cast of Tinwald Musical Group’s show “The Gypsy Baron.”