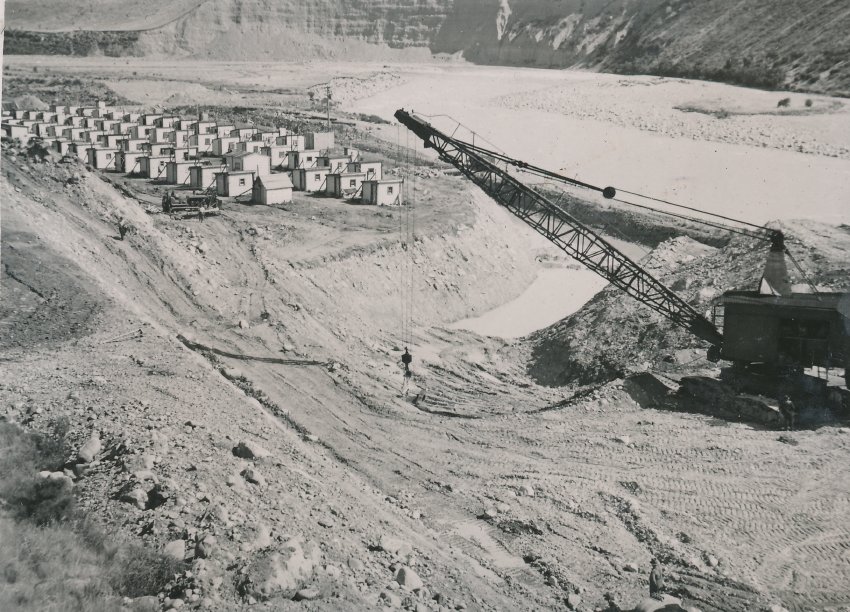 The Great Depression had a massive impact on New Zealand society.

New Zealand suffered from mass unemployment and riots as economic despair gripped the country, but for a portion of those looking for work, the solution came in the form of work relief schemes.

One such scheme was the development of the Rangitata Diversion Race, which was envisioned to transform the agricultural and pastoral landscape of the district, allowing for much more efficient use of our land.

The scheme exceeded expected costs, having soared to a price tag of two million pounds as the project moved forward.

Work on the Rangitata Diversion Race began in April 1937, and the scheme was completed in June 1945.

A hydroelectric power plant was developed at Highbank in 1945, and since then we have had the Montalto hydro station built in 1981, and a behavioural screen for diverting fish back into the river was installed in 2007.

This week, we are happy to present some photographs of the construction of the RDR taken by Mick Crowley, a fireman on the steam dragline, from the Ashburton Museum photographic collection.

This article was modified for this blog and originally appeared in the Ashburton Guardian, 28th of April 2020.