New Zealand’s national identity is uniquely broad and complex, integrating multiple cultures and languages, based around the principles of Te Tiriti o Waitangi.

Kiwis are lucky to live in such a diverse and engaging place as Aotearoa, and I am grateful for the standard of preservation that this country upholds, particularly in regards to Māori culture. 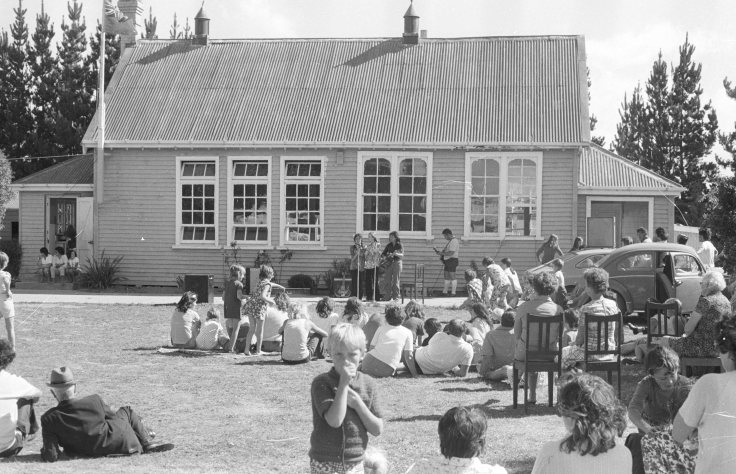 Not only well preserved, whakairo often takes new forms, such as its use in the model Māori radio featured in Ashburton Museum’s past summer exhibition, Sounds Like Us.

The exquisitely crafted model, made by Weta Workshop, is presented as a reo irirangi, or radio, with a design in whakairo, sporting rauru and koru patterns, paua shell inserts, and pounamu knobs and buttons.

The Māori radio is a visual amalgam of whakairo and reo irirangi: two prominent aspects of our national identity, and historically, two very important tools of expression for Māori.

Whakairo is regarded as being taonga tuku iho, something that has been handed down from ancestors, and has been paramount in defining Māori identity, conveying information and narrative, through meaning inherent to each pattern.

Traditionally, whakairo used materials such as hardwood, softwood, stone, and bone, producing beautiful end products of varying scale – from pounamu necklaces to the surfaces on whare. Today, many materials are used. 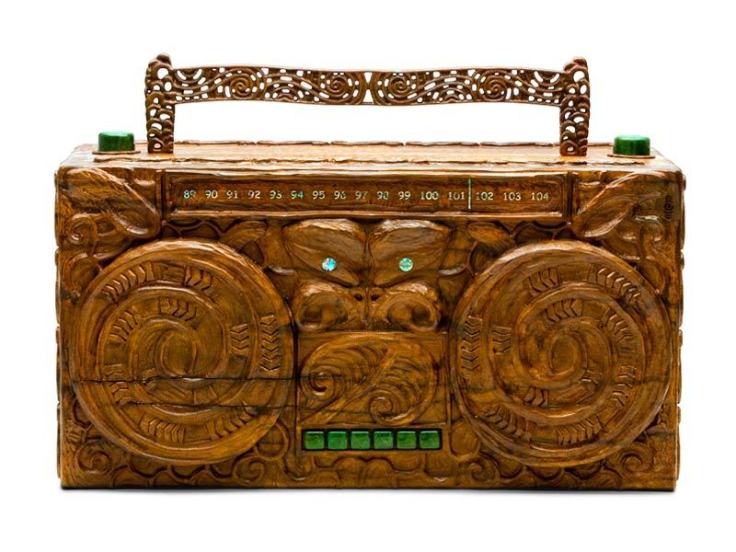 Whakairo was traditionally performed using purpose-made tools of tough material, such as adzes, chisels, and a mallet. Later, metal implements were adopted.

No matter the tools, whakairo is extremely beautiful and important, and thankfully being preserved, changed and taught, across Aotearoa.

Te reo on the radio

Popular media has been an invaluable tool in promoting and preserving Māori culture and te reo.

Before the days of the internet, radio was the most important form of mass media, apart from newspapers, retaining importance even when television became widespread.

Over the course of the twentieth century, Māori lobbied and fought for radio stations, and programmes incorporating and featuring te reo, Māori issues, history, music, and other content.

From the early 1920s, Māori radio shows and performances aired occasionally, but these programmes did not air as often as many would have liked.

One notable broadcast was aired on February 6, 1928, featuring a mix of Māori history, waiata or songs, and stories. It was widely broadcast on all four national stations and internationally.

Since then, radio programmes such as Te Puna Wai Kōrero, and the formation and growth of the iwi radio network have vastly expanded Māori media presence, awareness of Māori issues, and te reo, ensuring the reach of some of the most important things we must preserve and nourish as citizens of Aotearoa.

The label for the Sounds Like Us he reo irirangi whakairo, emphasises how Māori culture intertwines with every aspect of New Zealand culture and life, which I think perfectly sums it up.

Hakatere Marae was the first local organisation to hold Waitangi celebrations in our area, way back in 1973. While the mid-1970s saw the largest events take place, the day is still commemorated with family fun and community involvement.