One of the brightest radio models that was shown in our Sounds Like Us exhibition was ‘Grandmas knitting basket’, designed by Courtney Foon.

It featured an assortment of wools and accessories that spoke about the ‘awkward’ jumpers that most people have been given as gifts. Often scratchy, sometimes in the weirdest of colours or designs, and sometimes wrongly sized, they are special due to the person who made them.

Coming from a family who worked at the local woollen mill, knitted garments were commonplace.

My favourite jersey was knitted for me by a colleague of my mother. Mum had gone to much time and effort designing a jersey that was meant to read ‘Beatles’, one of my favourite bands.

The knitter obviously wasn’t into music of the 1960s as on Christmas Day my special jersey was unwrapped to reveal a beetle jersey – oh dear!

While common, knitted garments are rather rare in museum collections.

Often the garment simply wears out – falling apart from over use or poor washing. Other times, especially during times of economic distress, knitted clothes are unpicked and the wool reused.

For her book, The Loving Stitch: A History of Knitting and Spinning in New Zealand, Heather Nicholson canvassed most museums to see what knitted clothing they had in their collections.

She was surprised at how few garments there were. The majority were what would be termed accessories – scarves, hats and socks – many made during the First World War.

As the model radio reminds us, knitting is something that takes a long time and sometimes a lot of effort and skill.

Unlike popping out to a shop and grabbing something off the rack that can be exchanged, making the decision to knit something for someone takes thought. You pick the item, pattern, wool and begin to knit. Even a scarf takes some time, so there an lot of energy and emotion that goes into the finished project.

If the project is a success and you like it, that’s a bonus, if not well it’s the thought that counts.

My mother, not a knitter, once attempted to knit a jersey for my father and although she took great care, somehow one sleeve was almost twice the length of the other!

Touchingly, although totally useless as a garment, my father valiantly wore it, although I’m not sure what he did with the extra length of the sleeve. 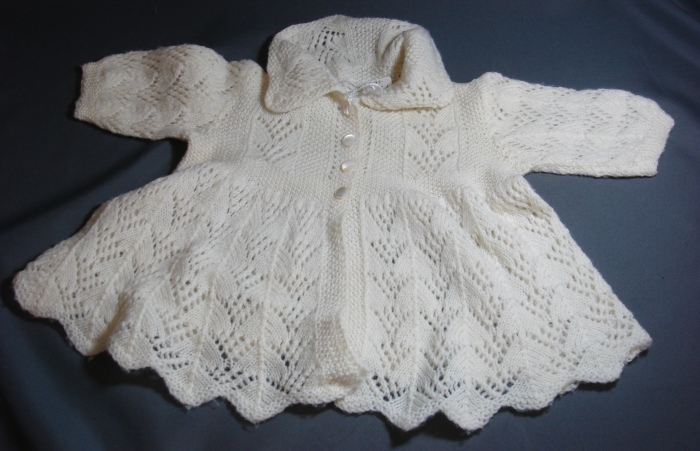 Knitters seem to exude a kindness or thoughtfulness that sees them enjoy knitting for others, even if they don’t know the recipients of their labours.

Following the tradition of knitting for the troops in the war, many knitters today can be found knitting for church or school fairs, overseas children in need, premature babies or, I am told, the SPCA or penguins.

Grandmas knitting basket radio is a reminder of all the knitters we have known. The women sitting in a chair with a knitting basket full of patterns, needles and wool, listening to the radio while concentrating on their latest creation for someone dear to them.

Some find a relaxation in the clicking of needles and the advancing rows of colour.  Maybe others take to knitting as a means to keep their hands occupied rather than being wasteful or lazy with their time.

Today’s knitters may be vastly different from Grandma, with her eclectic collection of wool.

The range of dyes and fibres gives rise to a world of possibilities older knitters would never have dreamed of. Even the variety of ideas has increased.

After many years of knitting useful garments for friends and family, an aunt of mine was introduced to a pattern book of knitted dolls. She spent ages collecting the right coloured wool and knitting the most amazing creations.

My job was to embroider the faces on them, so each one was truly unique. The goal was to knit 5, one each her for her grandchildren, but they became quite popular and only one remains in the family – poignantly owned by the one grandchild that was born after she died.

Like Grandma’s jersey that doll is more than a knitted toy – it’s a treasure and a real slice of our family culture.  We invite you to come in to the museum to see more slices of kiwi culture. 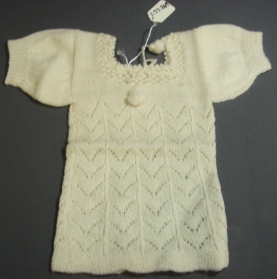