The 1960s was a decade of change and young people were rewriting the rules. Dance was a prime example.

No longer were dance formal, with a man and a woman dancing together to complicated set steps, now single people and groups of friends could dance together to popular music.

Individual dance moves had great names, such as the Freddie, the Locomotion, the Mashed Potato, the Shimmy, and who could forget, the Twist.

These dances broke the mould for how to dance, and how to have fun.

Music was changing and so was the way people consumed music. No longer was music just available via the radio and records, there were now TV with shows, like C’mon and later, Happen Inn. This meant dance moves spread very rapidly. It also started a fad for special dance moves such as the Twist and Go-go dancing. 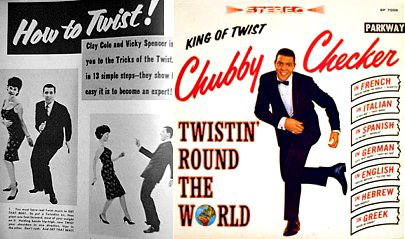 The Twist was released in 1959 by Hank Ballard and the Midnighters, inspired the by dance moves of teenagers of the time.

At first just a moderate hit, when Chubby Checker recorded a cover version of the song, in 1960, it gave birth to a Twist dance craze.

A record producer had hired popular Chubby Checker to perform the song on a television programme, American Bandstand in 1959.

This catapulted the song and its matching dance to the mainstream. Teens loved the catchy tune and the easy dance moves. 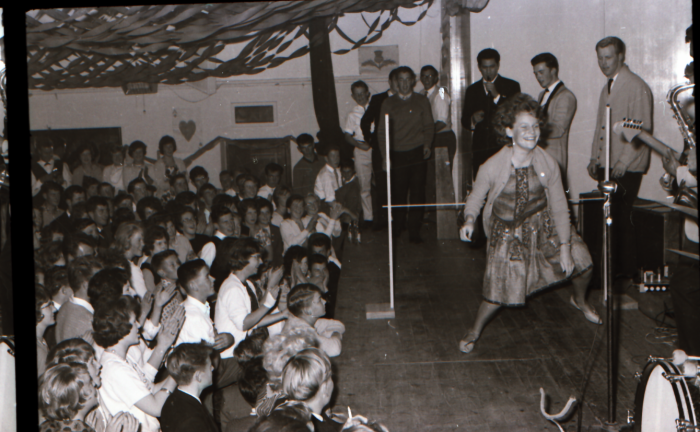 As the distribution of the television spread so did the dances that went with it. This meant that new dance moves spread like wild fire.

Each song could have its own unique dance moves meaning the latest fashion dance moves were always changing.

The choreography of the 1960’s dance moves meant they were simple, easy to learn and had way fewer rules.

The twist was just a hip movement, twisting back and forth. This simple dance move also fitted in to the now popular beach movie fad and looked great on television sets and at the movies. Many people have told of heading the Hall having come straight from popular movies. No doubt a few dance floor moves were inspired by dance scenes just witnessed.

For a whole generation, the Radiant Hall was ‘the’ place to be seen for a young person on Saturday night in Ashburton.

People recall such things as, arriving on a push bike, hair careful wrapped up under a scarf. Smoothing down a dress newly made at home especially for going out.

Dashing in to the women’s toilet to fix bouffant hairdos and make-up.

Walking across town in pointy stilettos, and hoping to get a ‘double’ on a bike back home after hours of dancing.

Boys sitting on one side of the hall, girls on the other side, eyeing each other up, and watching the door to see who you were going to dance with next or who had just arrived.

All of above under a cloud of cigarette smoke, with a live band jumping in the back ground.