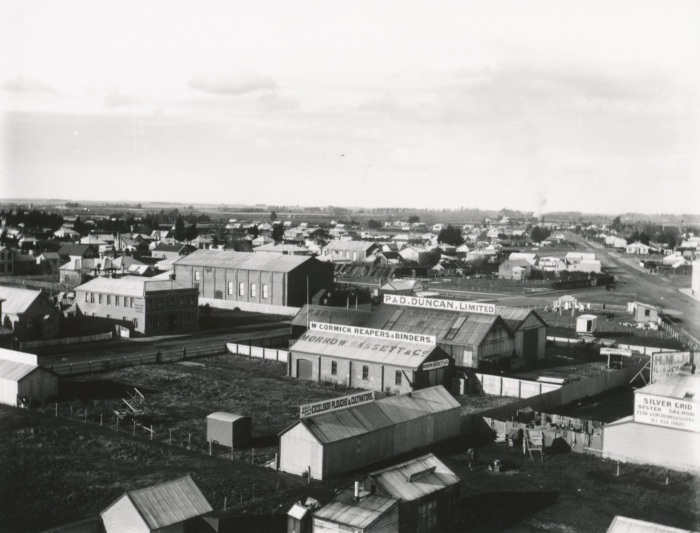 Just ten days after August 4, 1914 – when Britain and the Empire declared war on Kaiser Wilhelm II following the German invasion of Belgium – advertisements appeared in the Ashburton Guardian for the first patriotic concerts to be held in Ashburton since the 1899-1902 Boer War.

The concerts were in aid of the newly established War Fund, a national appeal loosely organised on a district basis – here, by the Ashburton Patriotic Committee.

The fund aimed to equip enlisting soldiers with more than the basics supplied by the government. As an August 14, 1914 advertisement proclaimed, ‘Military saddles and bridles are urgently needed, there being no time to manufacture the number required before our troops depart’. Many soldiers supplied their own kit, including horses.

The fund would also accumulate finances to eventually support returning wounded soldiers and their families.

The committee’s advertisement proudly proclaimed, ‘Ashburton will joyfully bear its share of the burden!’ And so, on August 19, 1914, Ashburtonians flocked to the Theatre Royal in Wills Street for a ‘Grand Patriotic Concert in aid of the War Fund’.

The concert got underway in great style. The Ashburton Pipe Band led a procession of the local company of Territorials, the Temperance Brass Band and two companies of Senior Cadets, made up of youths aged 14 and over. They processed from the Drill Shed in Burnett Street via Tancred, East and Wills Streets to the theatre.

Inside the theatre, flags, and red, white and blue bunting, decorated the walls. The names of the four allies – Belgium, France, Britain and Russia – stretched across the proscenium arch.

According to the Ashburton Guardian, the theatre was ‘crowded to its utmost limits’. Extra seats had been put on the stage but those still without accommodation filled the aisles and gangways.

The event had the patronage of the mayor Henry Davis, and the Borough and County Councils.

Mrs John Forrester, formerly Mrs Donald McLean, a leading figure in musical circles as pianist, composer and teacher, had charge of the musical arrangements. Unsurprisingly she had secured some of the town’s most eminent performers and had a couple of her own patriotic songs in the programme.

She was joined by Mr R Hall and Mrs Hall (previously well-known on the English concert circuit as Madame Agnes Paddon), Mrs H J Chapman, who was a fine violinist, and Mr H S Gardner, a local business-man and welcome soloist at all manner of concerts. Together they shouldered most of the vocal work. The two bands chimed in with patriotic and national selections.

The audience joined in the choruses of long-familiar patriotic songs, such as ‘Let me like a soldier fall’ and ‘The lads in navy blue’. The flood of new patriotic music brought about by the war was yet to come.

Kipling’s 1899 poem was titled, ‘The absent-minded beggar’. It was written for an appeal by Britain’s Daily Mail newspaper, to raise money for soldiers fighting in the South African Boer War and their families. That fund was the first charitable effort of its type used for a war purpose.

The patriotic poem and song caused a sensation and was frequently performed throughout the Boer War and beyond.

Copies of the poem, sheet music and related merchandise were sold to aid the charity, and the poem was an unprecedented success, raising more than £250,000 during that period.

The poem was therefore a widely recognised fundraiser, and would have been known to the people of Ashburton. After fourteen years, Kipling’s ‘absent-minded beggar’ was well enough known to be recalled to duty in Ashburton, as a fund-raiser in its own right, for a new war.

Vigorously delivered, the poem’s refrain ‘Pass the hat for your credit’s sake, and pay – pay – pay!’ brought a tribute of money tossed onto the stage. Cordery, it seems, was a master. Each time those words came round, as the Ashburton Guardian described, ‘he was showered by members of the audience with coins of various descriptions’. These funds amounted to £4 17s 8d – just over $717.60 in today’s values. In all, the concert raised £62 9s 6d for the Ashburton War Fund, the equal of $9439.00 today.

More patriotic concerts were to follow within a fortnight.