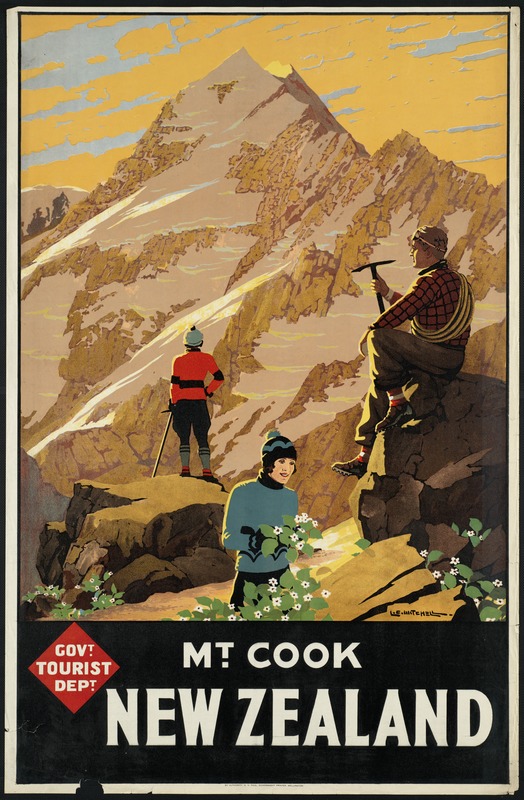 Researching and preparing for a new Frederick Cooper installation at Ashburton Museum was a fascinating process. Frederick Kingsford Jeken Cooper was a pioneer. He was among the first dozen people to visit Mount Cook and the glaciers, and the first to photograph the area.

Cooper’s adventures began in 1889 as a young employee of the E. Wheeler and Sons Photography firm, Christchurch. The nineteen-year-old was described by Mr Dixon, one of his companions, as a “photographic artist, who obtained for Mr Wheeler that splendid set of alpine photographs, which at the time did so much to advertise and popularise the New Zealand Alps.”

Keep in mind, that this was a time when people could only imagine the experience of seeing spectacular views of snowy peaks and glaciers first hand. Cooper’s photography was to change that. For the first time, his photographs gave the public a realistic snapshot of the then isolated area. For many, Cooper’s photography brought what was only a vision to life, and inspired them to appreciate and visit the visually spectacular area.

Cooper, therefore, was not only a pioneer adventure photographer, but, his work also pioneered the use of Mount Cook and the glaciers in tourism campaigns. Our biggest mountain, quickly became one of our biggest assets.

The snowy peaks of the mountains, the crystal clear lakes and intriguing glaciers are still advertised far and wide as part of the New Zealand experience. Visitors from New Zealand and overseas flock to the South Island to see for themselves the picturesque views that have been at the forefront of our marketing campaigns since the pioneering days of Frederick Cooper.

Today, Aoraki Mount Cook National Park offers personalised service. They cater for any mountain adventure you could wish to pursue, including several different trip options and professional personal guides. Hundreds of people every day, tourists and locals alike, pull over to the side of the road at places like Lake Pukaki and Lake Tekepo to take in and capture photographs of the mountain. The scenic views have now been personally experienced and photographed countless times through aerial photography, digital cameras, and mobile phone ‘selfies’.

It is a far cry from Frederick Cooper’s adventures when, with little mountaineering experience, he was given an ice axe by his companions and was told to “do his best with it”.

Cooper took all of his photographs with a common plate type camera, hauling it, a heavy tripod and spare glass plates along with him on the expeditions. The photographer later claimed instinct and pure guess work was part of his secret to capturing stunning photographs in challenging conditions. 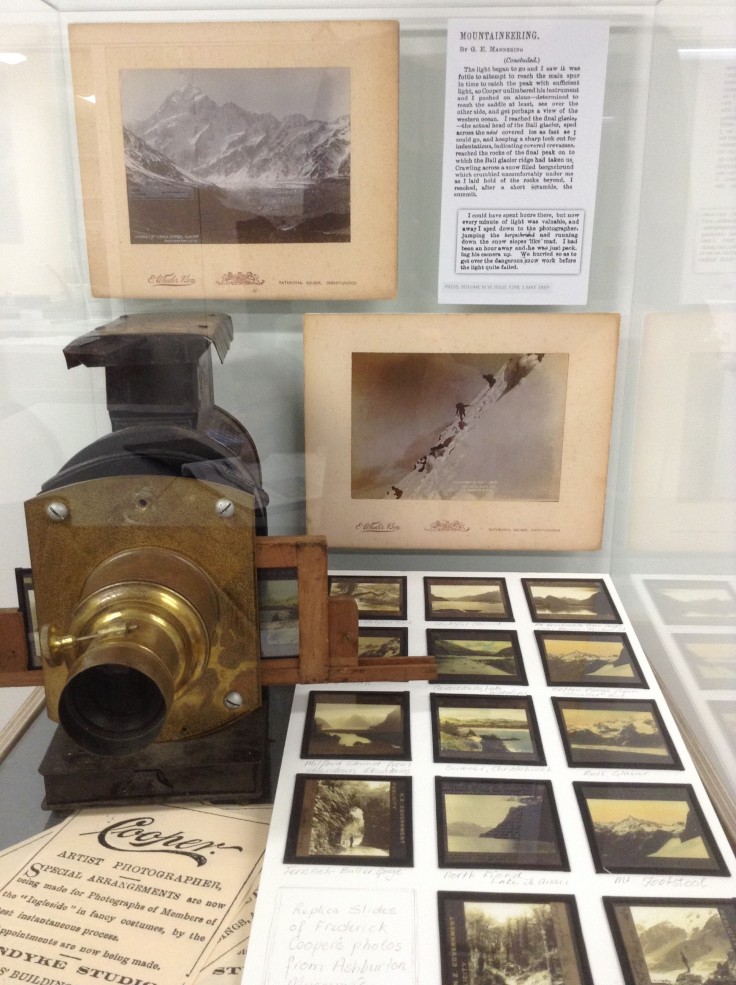 Like everything in the Ashburton Museum, the Frederick Cooper installation had a local connection. In 1898, Cooper moved to Ashburton and opened his own studio in the Saunders Building on East Street. He became well-known in the town as a portrait photographer and specialised in racehorse photography. After several years, Cooper enjoyed a quiet retirement residing on Oak Grove, with the occasional trip to places like Lake Heron to indulge his lasting passion of nature photography.

Frederick Cooper: Pioneer Photographer was an exhibition presented in the Archive Research Room at the Ashburton Museum. The installation featured plates from Cooper’s Mount Cook expeditions and other artefacts from this local photography pioneer. These items are held in the Ashburton Museum collection.